I had found this recipe in one of my mom's cookbooks(a Betty Crocker one I believe), and thought it seemed interesting I had no idea what this was gonna turn out to be. Especially when the description called it a "jelly roll". But it has no flour, which meant my mom could eat it =D. I also decided to have ago at making 'pinwheel' cookies, and I'd say not too bad for my first try. But I will definitely try a slightly different method next time. 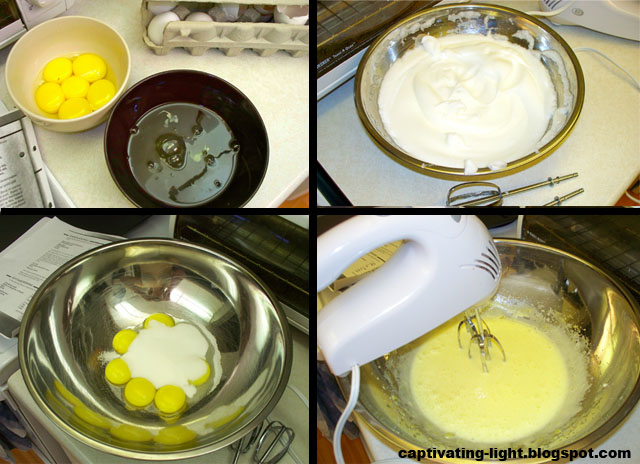 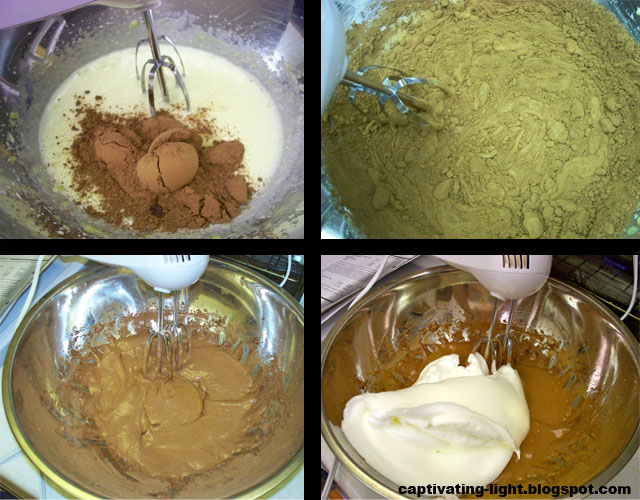 1-3 - Adding the cocoa and vanilla. I thought it looked neat when I first started mixing it.
4-Folding in the egg white mixture. 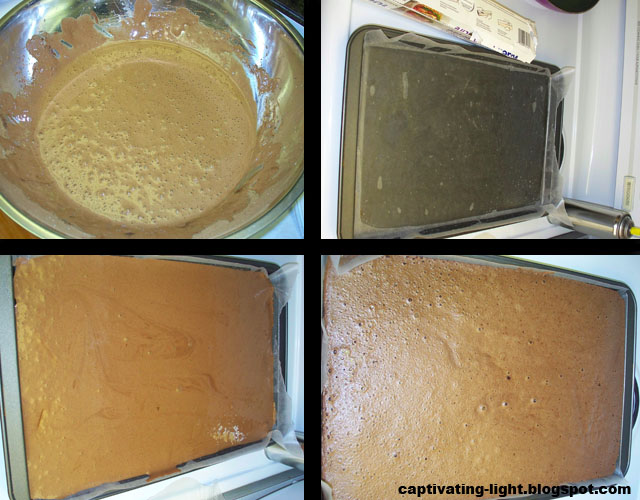 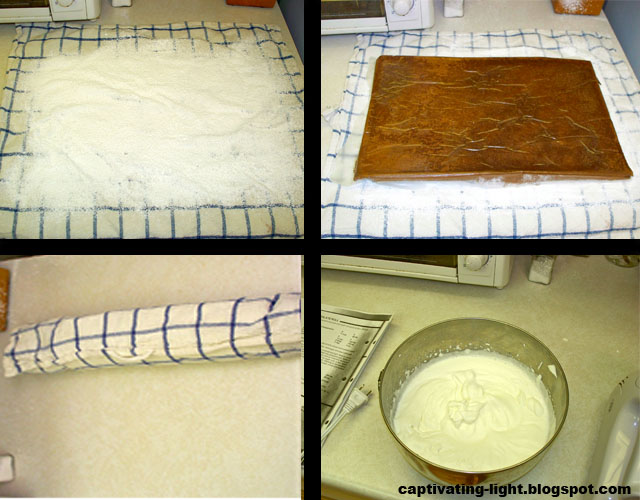 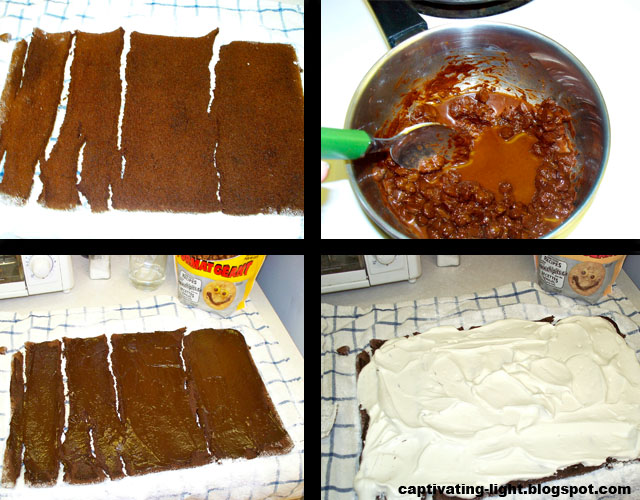 1-Cake unrolled ( I don't know why it cracked like that) 2-Melting Chocolate chips with water
3-Chocoalte Spread over the cake 4- Whipped Cream spread over the cake
And some what sadly I forgot to take a picture of the completed cake all rolled up. But it didn't roll terribly well, but I think there was too much whipped cream. The original recipe calls for 1 1/2 cups, but next time I will use only 1 cup. Even though it wasn't the prettiest looking 'cake' it was very tasty =D.
And for those who want to try this out themselves, here is the recipe:
Chocolate Roll
6 egg whites, room temperature
1/4 cup white sugar
6 egg yolks
1/2 cup white sugar
6 tbsp cocoa
1/2 tsp vanilla
Line greased 10x15 inch pan with waxed paper, and also grease the waxed paper(I used a cookie sheet that happened to be this size, its best if it is slightly deeper).
Beat egg whites until soft peaks form. Add sugar and beat until stiff.
Beat egg yolks with sugar until lemon coloured and light. Beat in cocoa and vanilla. Fold into egg whites. Spread into prepared pan. Bake in 350˚F oven for 15 minutes, or until a toothpick comes out clean whne inserted. Sift icing sugar over a tea towel. Turn cake on top of towel(while still in the pan). Remove the pan, and peel off the waxed paper. Starting at narrow end roll the cake up with the towel till it cools. When col, unroll and spread with filling. (By the time you make the filling it should be cool)
Filling
2/3 cup Semisweet chocolate chips
2 tbsp water
1 cup whipping cream
Melt chocolate chips together with the water in a small saucepan. Spread over unrolled cake.
Whip cream until stiff, and peaks form. (I added a tsp of vanilla and a couple tbsp of sugar) Spread over chocolate layer, and then roll the cake starting at the narrow end. Keep refrigerated.
And because I already put plenty of pictures in this post, I'll just put one of my pinwheel cookies. 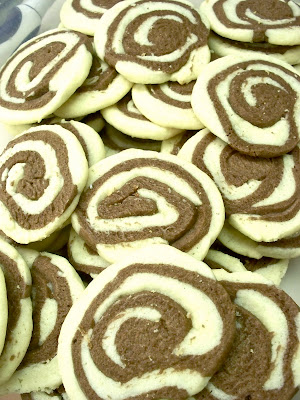 Till Next time,
Thanks for reading!

Rebecca Goerz
Hi there I'm Rebecca, owner and designer of Purple Panda Planner. I run an etsy shop selling handmade planner stickers and accessories. Many of my designs include pandas, as they are my favourite animal. I have been bullet journaling since January 2019. I opened my etsy shop in May 2019.