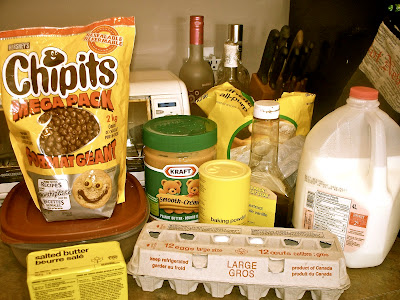 A friend of mine had suggested I made peanut butter muffins. Which I had never heard of before, so I went in search of a recipe and found one for Peanut Butter Chocolate Chip Muffins. There was a typo in the recipe which caused me to have 3 times as much peanut butter than was necessary. The resulting muffins, were not very muffin like, and the batter was very fluffy. 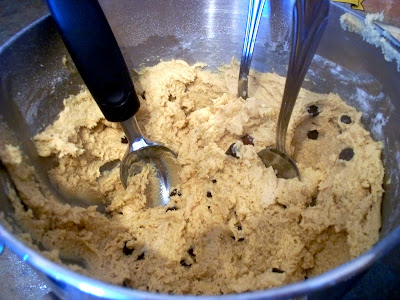 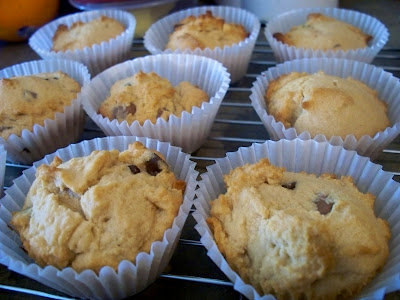 One of the first hints that the recipe was wrong, was that I had way more batter than was needed for 12 muffins, which is what the recipe was supposed to make. They also didn't rise at all. After making the first dozen I popped the batter in the fridge, and commented on the post where I found the recipe. Once I heard back, I found out that there was indeed a typo. After asking my mom for some advice to improve the batter that I already had I made some changes. I added another egg, a little bit of water, and about half tsp of baking soda, which resulted in a much improved muffin. 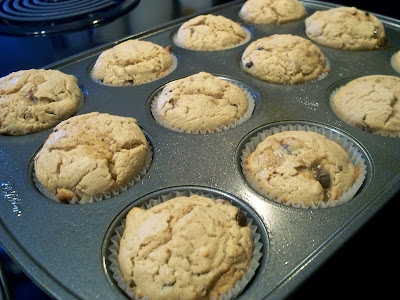 Posted by Rebecca Goerz at 3:48 PM

Rebecca Goerz
Hi there I'm Rebecca, owner and designer of Purple Panda Planner. I run an etsy shop selling handmade planner stickers and accessories. Many of my designs include pandas, as they are my favourite animal. I have been bullet journaling since January 2019. I opened my etsy shop in May 2019.